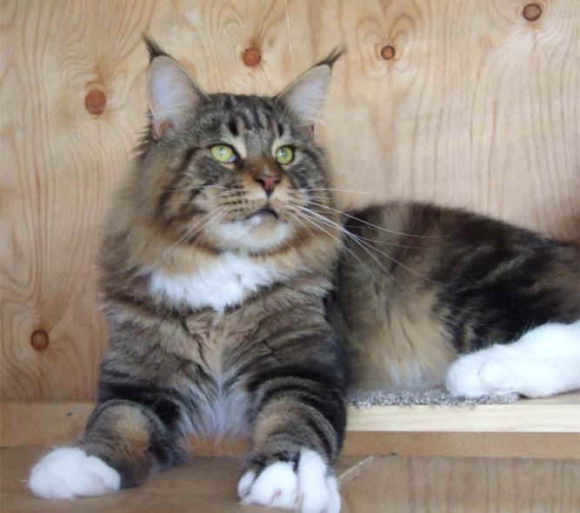 The Maine Coon is the largest domesticated cat breed. It has a distinctive physical appearance i.e. it has lynx tips on its ears with feathering round the ear; its has fur on the soles of its feet to help it in the snow and ice to stop it from sliding around; it has very distinctive eyes which are large the colour is mainly either amber or green, white cats can have blue; they have large bushy tails which should come up to their shoulder blades and this is used to wrap themselves up in when it is cold to keep themselves warm. They also have valuable hunting skills and are exceptionally prolific hunters. I found this out when one of my neuters, a handsome boy called Lester, went to stays with a friend once he retired and started bringing her home rabbits, voles and field mice. It is one of the oldest natural breeds in North America, specifically native to the state of Maine, where it is the official state cat

There are a few answers to why they have their name and below you will find a few, see which one you prefer.